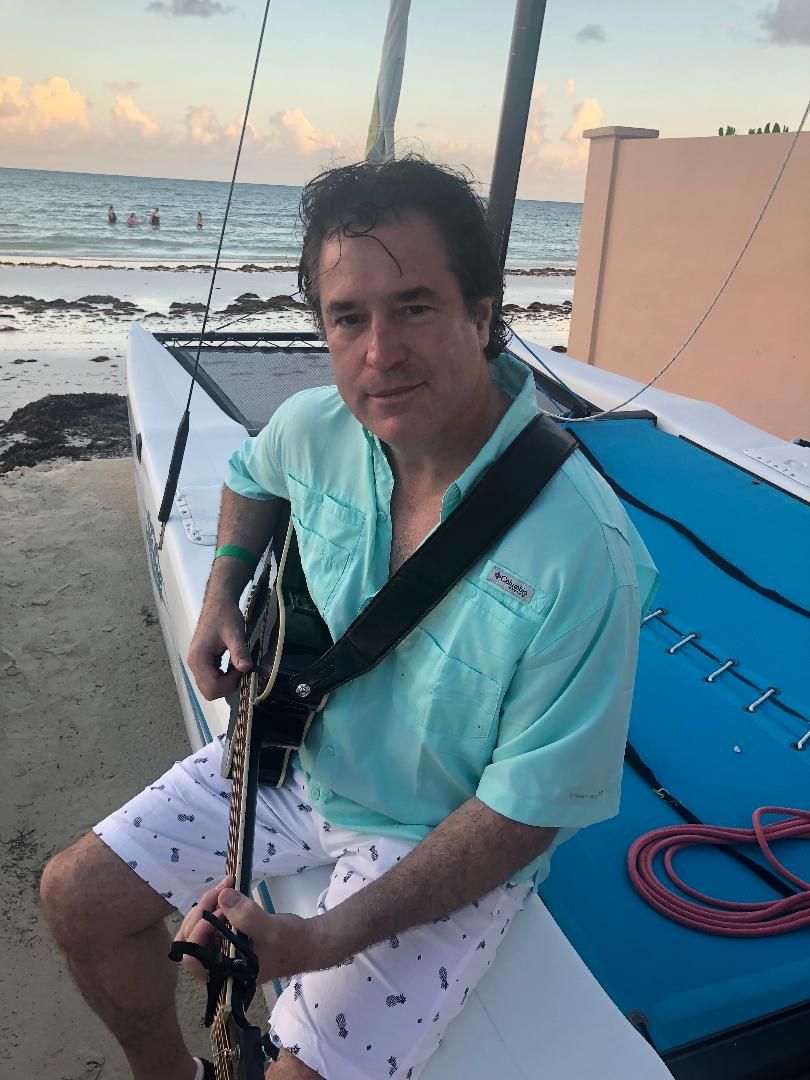 Now based on the Atlantic Coast of Florida, John McDonald and his band the Mango Men perform their own distinct, high-energy brand of Trop Rock and fun, feel-good Classic Rock, Floribbean-style!

John’s immersion in sub-tropical life inspired his approach to recording the music on his current album, Islandology.

As a performing songwriter, he also thrives on the intimacy of house concerts and small venues.

‘John McDonald is a premier songwriter...Right Place, Right Time is a flawless gem.’

‘A Rusted Root-meets-Bob Marley feel. It will be tough to resist the urge to dance.’

‘We are instantly transported to a land of sunshine and no stress!’

‘John McDonald has the gift.’

The Floribbean sound of John McDonald

Happy pop songs with a degree of self-reflection and observation